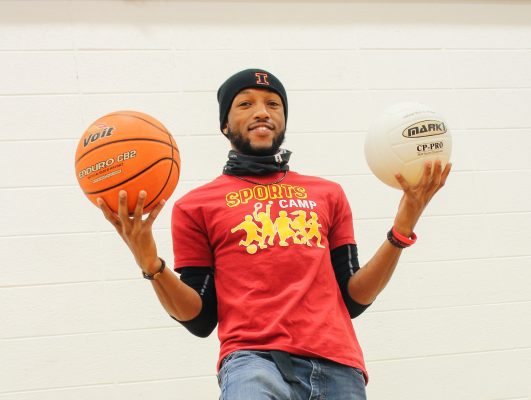 It’s okay not to know exactly what you want to do.

As a freshman, I was admitted through the Division of General Studies. When deciding on a major, my advisor asked what I like to do, and I immediately thought about sports. He pointed me to the College of Applied Health Sciences’ Recreation, Sport and Tourism (RST) major, and the Sport Management concentration. I was really drawn to the passion that I saw in everyone I met with in the department, which inspired me to want to become a leader. I wanted to develop those traits about myself, not only for the betterment of myself, but to make sure that those people that I surround myself with were also pushing themselves to their limit. I really feel like that’s what RST develops in their students, and it’s something I’ve wanted to be a part of ever since.

I gained extensive leadership experience through three campus organizations. I was a Resident Advisor for University Housing starting my sophomore year and continued on in different sectors through graduation. To see all the diversity, how different or similar people really are in their essence, I really feel like I learned a lot, and I was able to teach those who I was in charge of to grow as people. And to realize that we all can coexist and live together.

As a student I was also involved in the Cotton Club Variety Show every year. It’s an annual show that’s put on by the Central Black Student Union (CBSU), and is a way for people of color on campus to get on stage and show off their talents and cultural identities in a space that is comfortable for them. Being able to don the persona of a cultural icon in music or Black history for 3-5 minutes for an excited crowd – in the Foellinger Auditorium, no less – was a great experience.

I also served as an Executive Board member in a spoken word organization on campus called Writers Organizing Realistic Dialect (W.O.R.D.), which, funnily enough, was one of the things that brought me to Illinois. As a senior in high school I came down to visit Illinois and it happened to be at the same time that W.O.R.D. was performing at the Cotton Club Variety Show. Especially as an African American myself on a predominantly White institution’s campus, I got to see how culturally effective one organization could be, and one organization amongst many that were also culturally diverse across campus.

I was unsure upon graduation about whether I wanted to go into more schooling. Ultimately, after talking to some professors, I decided to apply to the Recreation, Sport, and Tourism Master’s program because of the love that I’ve developed over the past years being in the undergraduate program. I wanted to have the opportunity to mentor some of the undergraduate students as a graduate. I also wanted to be able to take sport in a way that created a familial environment, that created a space where people, no matter who or what backgrounds they come from, are able to be in a realm that says, “we are athletes. Your skin color, my skin color, your background, age, gender, none of that matters when you’re on the field or on the court.”

Then I also had the opportunity to apply for a position as an Athletics Coordinator at the Urbana Park District, coming off my stint as a summer sports camp supervisor. I now get to be a part of the development of programs and interact with different participants and their families. I think it’s a really well-matched pairing. Being in the University of Illinois graduate program and learning the different ways that I can affect my community, and then turning around and actually being a full-time member of the community is something that has been really eye-opening and has brought a wholeness to what I study.

The biggest thing that I’ve learned, and the biggest thing that I would pass off to anyone in the RST program, or just any program in general, is that it’s okay not to know exactly what you want to do. But that’s only true as long as you hold true to why you want to be great. Whatever it is that you feel like you need to do, or you want to do, go for it. And it’s okay to not know where you’ll end up afterwards. But have fun, and just keep moving forward. Everything else will fall into place. 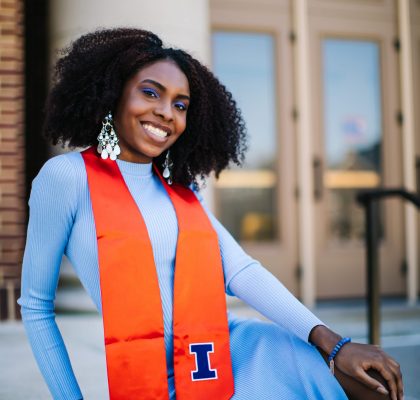 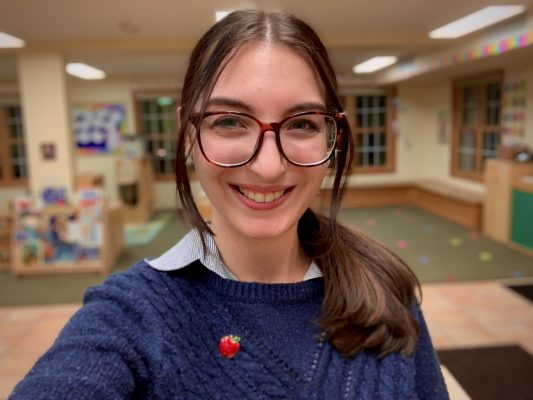